"Coming out of hyperdrive now." (Sees Stars)
"Just one more [cloud to fit into the Cloud-Grabber] and that's it." (Send in the Clouds; to Wanda)

(The) Bus (by the students and staff)
Some sort of magical school bus (by General Araneus)
Bussy (by William)
Computer Simulation (by Mr. Ruhle)
That bus (by Mr. Junkett)
Valerie (by Harry Herpst)
The BusiGator (by Arnold and Dorothy Ann when the Bus is an alligator)
The Magic School______, The ______ School Bus, or The Magic ______ Bus (when it is transformed, but rarely used)

Mode of transportation for WES students

When Mr. Rhule touched its eyes. "Making Magic"
Stuffing poop inside of itself "Waste Not, Want Not"
When Liz crashed it "Taking Flight"

The Magic School Bus at the Waterworks

Bus computer voice:
Unknown (Sees Stars)
Kate McKinnon (In the Swim-present)
The Magic School Bus (shortened to The Bus or simply Bus) is an eponymous high-tech, sentient, and anthropomorphic school bus with Magicware that The Frizzles' class and Liz use to go on field trips. It is most often piloted by the Frizzle sisters or Liz, but occasionally, in the original PBS television series, one of the kids will take the wheel, or it will take on a shape (such as an animal) that allows it to "drive" itself. Along with its ability to travel on land, in water, through the air, and even deep space, it is also able to change its size and shape.

Its computer system is voiced by Kate McKinnon, the voice of Ms. Frizzle.

The Magic School Bus is somewhat based on a 1970s Ward International school bus with fender skirts on the rear wheels, and the front windshield being 2 different windows. Its overhead sign shows a "message" depending on the language, such as "WAHOO" or "BLAST OFF" in English, very similar to electronic "welcome" signs.

In this incarnation, the Bus does retain some qualities from the original books, being based on a Ward school bus. It retains everything listed above, however the only new addition is a grille spine going down the center of its grille nose. Instead of showing words, the electronic sign overhead shows a picture.

The Bus has been "upgraded" to a modern American school bus. Similar to the original books, the grille spine is lost. Some new changes are one rearview mirror instead of two mirrors, a radio antenna, and a roof-hatch. Its overhead sign is colored black, and it does not show automated messages or pictures, nor does it read "school bus".

In the original television series and the book series, the Bus was painted fully Walkerville yellow. In The Magic School Bus Rides Again, it is painted in the common North American School Bus yellow with black stripes. In the original TV series and books, it sports decals that relate to the topic. It doesn't have this set of decorations in Rides Again, reserving the scientific flair for Ms. Frizzle.

It isn't very clear how the Bus works, but there are various hints. We can see how fuel gets to the engine in the TV episode, "Revving Up", but in another episode, "Gets Ready, Set, Dough", it is revealed that its magic comes from various devices, with the most used ones being the Shrinkerscope and the Mesmerglober, and in newer media, the Warp Drive, which controls the Bus' teleportation and warp-speed when traveling through space so that it doesn't take the students many years to travel from Mercury to Neptune or Pluto.

The Shrinkerscope serves mostly as an internal method of size manipulation from the Bus itself. In the episode "Butterfly and the Bog Beast", it is revealed that there is a second size-manipulation device: the Porta-Shrinker[1], which is a pink ray gun that is mainly used for shrinking someone without shrinking the Bus. When someone attempts to activate the Porta-Shrinker when it is damp or wet, a dew-dinger alarm sounds.

The Mesmerglober controls the Bus' ability to shape-shift, changing it into various vehicles or animals at the driver's will. It is activated by a red or gray lever on the dashboard, and also buttons on the touchscreen. Most of the time, when it transforms, the bus stretches and squashes, then spins around fast. When the bus stops, it's in it's new form. In "Flexes its Muscles", it is revealed that the Bus starts transforming uncontrollably if the Mesmerglober doesn't work. The Mesmerglober and the Shrinkerscope often work together to transform the Bus into animals, such as a frog in "Hops Home", a salmon in "Goes Upstream", and an eagle in "I Spy with My Animal Eyes".

The source of the Bus's magic is different from canon to canon. In the TV series, the Bus's magic comes from a software called MagicWare (In the Zone). If the MagicWare is updating, sometimes the Bus glitches, the kids change into animals and plants, grow up into adults or revert back to an infant, and the Bus goes south. All the devices that run MagicWare, like the Mesmerglober and Shrinkerscope, are powered by a MagBatt (Making Magic, short for magic battery), which runs on energy from the center of the Sun, as well as true courage and perseverance from the Frizz and the kids. When the Bus doesn't update, it freezes and loses its magic, becoming a normal school bus without any anthropomorphism. In the canon of the books, the Bus runs on "Magic Gasoline".

In the holiday special, it is revealed that most of the MagicWare devices are made of plastic.

Throughout the books, video games, PBS series and Netflix series, the Bus has undergone various different forms. Here are some of them: 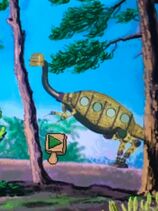 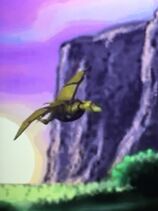 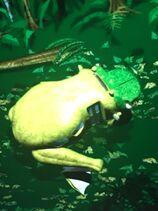 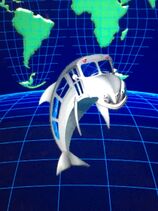 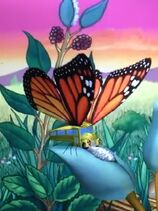 Spider (Explores the World of Bugs) 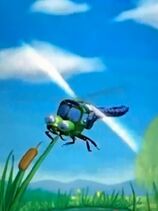 Dragonfly (Explores the World of Bugs) 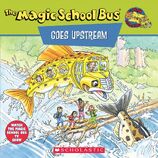 Bird (Flies with the Dinosaurs) 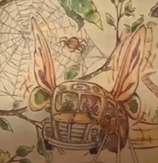 Steam Shovel (Inside the Earth)

School Bus (disenchanted; in the event of a MagicWare crash or if the MagBatt dies)

Hot Air Balloon (The Good, the Bad, and the Gnocchi)

Airship (The Land Before Tim)

Helicopter (video games, The Battle For Rock Mountain, Hides and Seeks, Nothin' but Net, and In the Zone) (appearance in Volcano Adventure (2001))

Airship (In the Rainforest)

Helicopter (video games, The Battle For Rock Mountain, Hides and Seeks, Nothin' but Net, and In the Zone)

Plane from "And the Climate Challenge"

Space Bus (Space Mission: Selfie, Three in One)
AKA the "modern" Space Bus 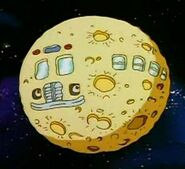 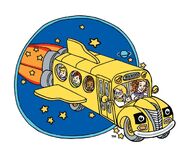 Surfboard (Gets Eaten and Goes to Mussel Beach) 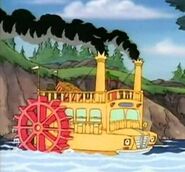 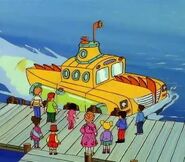 Submarine (In the Swim, Hides and Seeks, Nothin' but Net, and In the Zone) 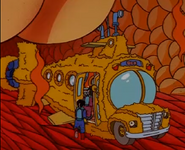 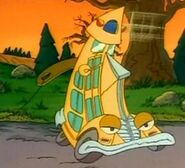 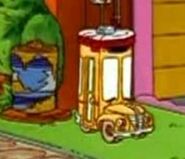 Tree (Pigs in the Wind) 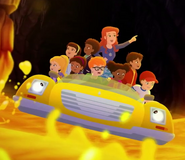 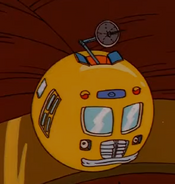 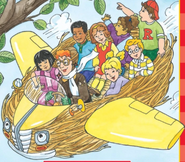