The Magic School Bus
Gets Programmed

Gets Programmed is the eleventh episode of the fourth season of The Magic School Bus. It is about computers.

The class is working on getting the school open and ready for the day when Mr. Rhule's new computer is delivered. The class manages to set it up. But no one has any idea how to upload it, until Carlos' brother, Mikey, comes in. He connects the wires and offers the class each wire to attach to various of objects and types in the instructions. He manages to upload it and programs it to do all the setup work, such as make coffee, turn on the sprinklers, and print the instructions. Curious about how it works from the inside, he gets the chance to take a tour inside, thanks to Ms. Frizzle. Unfortunately, he programmed it wrong, as the school opens itself every minute as opposed to every day.

Now the class has to go inside the computer and get him out before school starts, using the Magic School Bus to travel inside while transformed into a floppy disk, with Arnold and Liz staying inside the classroom. Inside the disk drive, BUS.EXE is being read the instructions on it by what appears to be a metal toothbrush. BUS.EXE then transforms from a floppy disquette into a blimp and follows the flashing electrical signals on a search for Mikey. Ms. Frizzle offers the class skateboards and they ride down through the wiry slopes of what appears to be the heart of the motherboard. The class learns that the wires have electrical signals to travel information around the computer and they end up approaching a square that Carlos surmises that Mikey is inside of. Mikey is nowhere in sight, and Ms. Frizzle informs that the square object is responsible for everything that happens inside and handles every information that comes in and goes out, otherwise known as the Central Processing Unit (abbreviated CPU). Dorothy Ann then surmises that Mikey went inside the CPU and had gone somewhere else. The class continues to follow the information and Mikey ends up in the Random Access Memory (abbreviated RAM), which holds the instructions while the CPU follows.

Meanwhile, back inside the classroom, Arnold notices 2 normal school buses riding through the road and realizes that school is about to start. So he tries to warn the rest of the class by typing what happen into the computer. But he doesn't get a response from them and cries for help.

The school buses park in the parking lot and the students exit and enter the school building. Arnold informs the rest of the class about this from inside the computer and the class continues the search for Mikey. Wanda then remembers that Mikey said he stored his instructions permanently and Ms. Frizzle tells the class that information to keep is stored in a hard drive. They get to the hard drive and finally spot Mikey inside. They get inside and inform Mikey of the redundant automatic work the computer is doing outside; so Mikey guides the students inside the information inside the printer and exit through it. So Mikey prints out his program, and Ms. Frizzle explains to the rest of the class that a computer needs instructions on what to do and how to do it.

After his program is printed, Mikey finally realizes he had printed to have the computer repeat everything in every minute rather than every day. Mikey finally concedes his mistake and changes the word from "minute" to "day" right before Mr. Ruhle enters the classroom.

When the class explains the programming of the computer, he is thrilled by the computer's automatic work right before Mr. McClean enters with coffee and Ms. Frizzle asks where everyone would be if they didn't make mistakes, which elicits laughter from everyone in the classroom.

Information in the Season 4 Activity Guide

Idea for the Day

The characters displayed on Mr. Ruhle’s computer are part of the Greek alphabet:

The scene with the alphabet 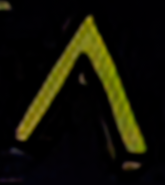 Alpha (Αα) (without the middle bar, so it resembles a lambda) 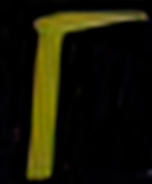 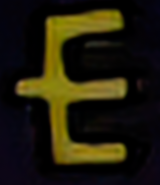 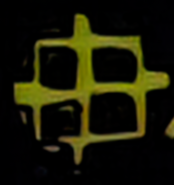