What's on your mind?

Idk why but they are better than the current ones

If you've ever visited The Magic School Bus official site in the year 2000, you may remember this. Users were given a "ballot" to vote on three of their favorite episodes to make it on the "Greatest Adventures" VHS. The winners were "Gets Lost in Space", "In a Pickle", and "The Busasaurus".

Courtesy of the Wayback Machine. 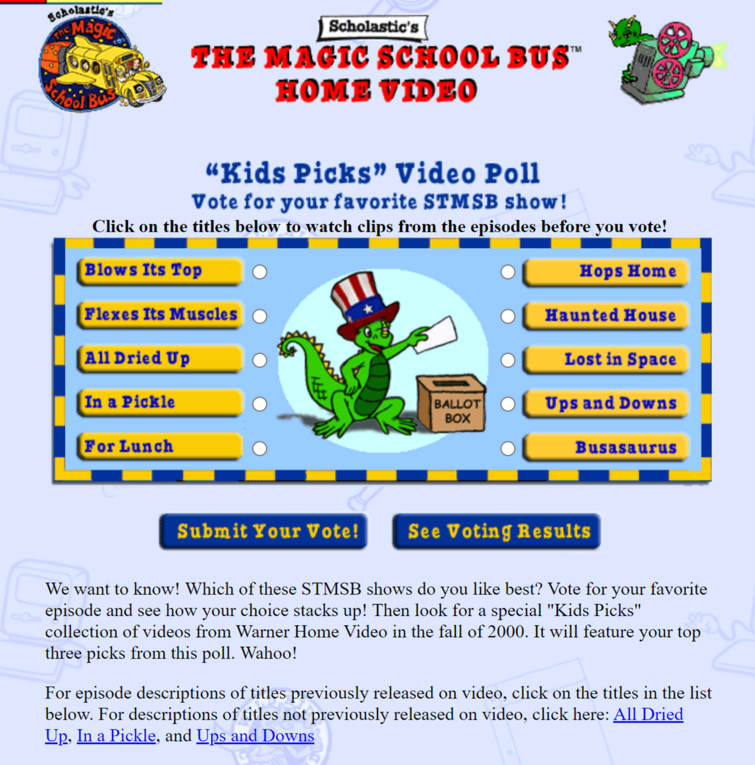 When they went to late Cretouces

What type of environment or biome did dinosaurs live in

Where is this desert in world? Is Mexico or Texas or somewhere

Is this really desert or different biome

So. basically, I had this crazy dream one night where I was watching a crossover of Kirby: Right Back at Ya and the Magic School Bus(the original). I found the dream so interesting that I had to draw something based on it.

The story so far: Kirby, Tiff, and Tuff have taken a liking to the Magic School Bus. They read the books, watch the episodes, and play the games. Tiff decides to write a letter to Valerie Frizzle to ask if she and her class would like to visit Dreamland. At first, King Dedede refuses this as he believes it would make him lose money from Channel DDD, but he suddenly changes his mind when he was bewitched by Frizz's good looks. Of course, when the Bus arrives, the King acts really mean towards Kirby and his new friends whenever Ms. Frizzle's not looking.

To me, this seems like an interesting idea. Tell me what you think on the comments below.

I remember a theremin episode.

It does not exist.

I remembered the kids visit a haunted house and hear a ghost. They learn about sound waves. The ghost is Janet playing a theremin on a stage.

I cannot find this.

Others also have told me they remember a theremin episode - but with Ms. Valerie Frizzle playing it.

Season 1, episode 8, The Haunted House is very similar. But the kids find no theremin. The ghost is an elderly woman on an organ.

Was the theremin removed from this episode?

Was there never a theremin?

Is this the newest Mandela Effect? 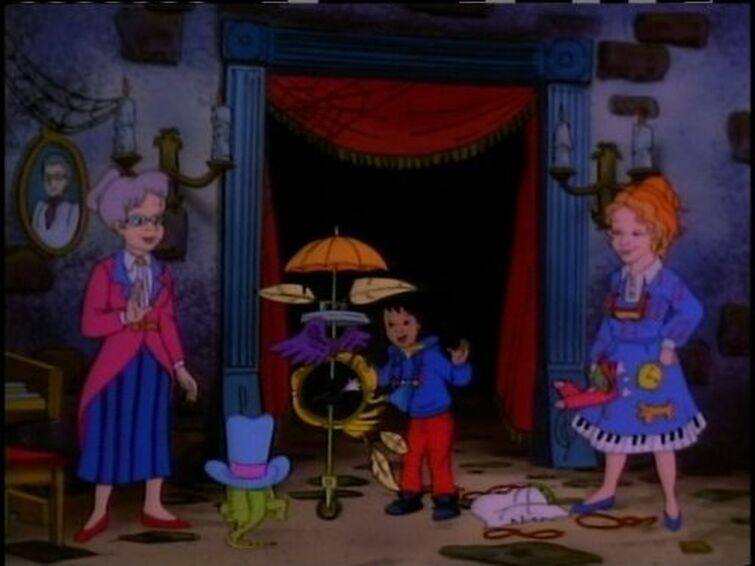 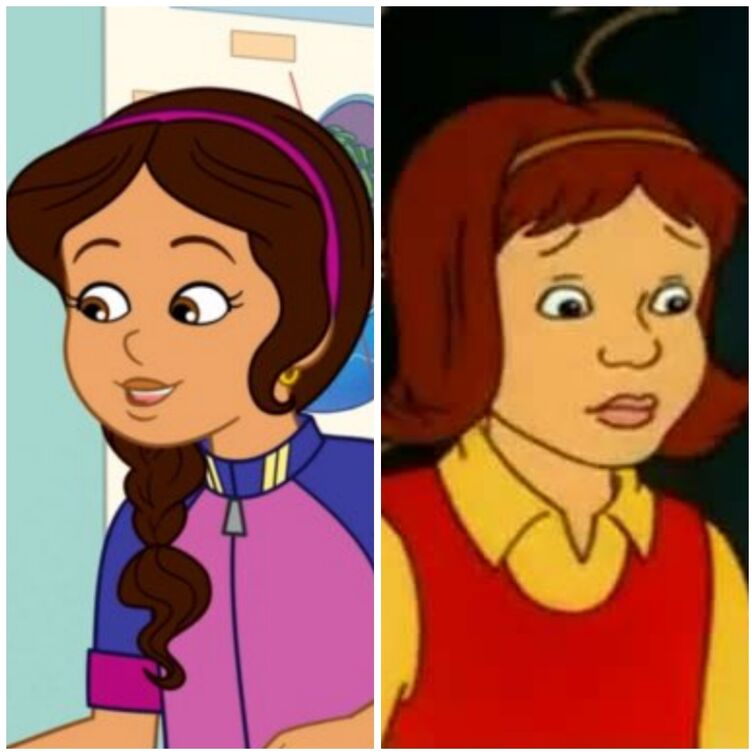 Do you think the Magic School Bus be Mr. Frizzle and be voiced by David Menkin or who else can voice the bus?

9Story released the specials on DVD recently, and you know what else is exciting? The specials are included, and 9Story, the company that originally animated the first 26 episodes, officially counted the specials as season 2 episodes. It's going to be a while before there's a US release.

"“Seat belts, Everyone!” You can now own the complete 2nd season of The Magic School Bus Rides Again on DVD in Canada!

The 1-disc DVD includes all four 44-minute episodes from season 2 of the Netflix Original series reboot, based on the most successful children’s science book series of all time.

The kids are back at Walkerville School for another year of astonishing, out-of-this-world field trips. But this year, there’s a new Frizzle, one that shares her sister’s zany ways and passion for science. Explore these 4 new episodes of The Magic School Bus Rides Again: Kids in Space, The Frizz Connection, Goldstealer and In The Zone.

And back again, starring in all four STEM-filled episodes is comedian Kate McKinnon (SNL) as the voice of iconic Ms. Frizzle, one of the world’s most beloved science teachers."

Let me know in the comments with pictures of your favorite student.

I'm a bit new to this wiki, but I have been looking at it for the past week or so! Hello everyone! I hope you're having a good day! Sorry for the long paragraph you're about to read, I just have too much to say :')

I've watched the Magic School bus years ago, and my favorite episodes were Takes a Dive and In the City (I just remembered them so vividly)! My favorite character would be Phoebe, she's so sweet and I liked her for all this time!

I started to like Keesha as well, like in my post on her page, she sticks out to me through her character. I know, I know, she's arrogant and may be picky, but she learns from her mistakes and tries her best to fix them (like the Space Mission: Selfie episode from Rides Again, I think).

Is it bad that I ship Keesha and Phoebe together? I mean, they have been shown to be very good friends (best friends actually) in the original TV show of the Magic School Bus! They encourage each other in difficult times and are really good friends (shown in Gets Ants in its Pants, Gets Planted, In the Arctic, Gains Weight, maybe Gets Cold Feet, etc). I'm not sure if the Takes a Dive episode counts, but it showed Keesha picking up Phoebe as hermit crab and sea anemone as a symbiotic relationship..

Please check your user page (for the rankers that are 19-1) and check you ranking number. Find JUNIPERMYSTICDAZZLE I am on rank 10. Click it and find blogs in my user page and there is an announcement 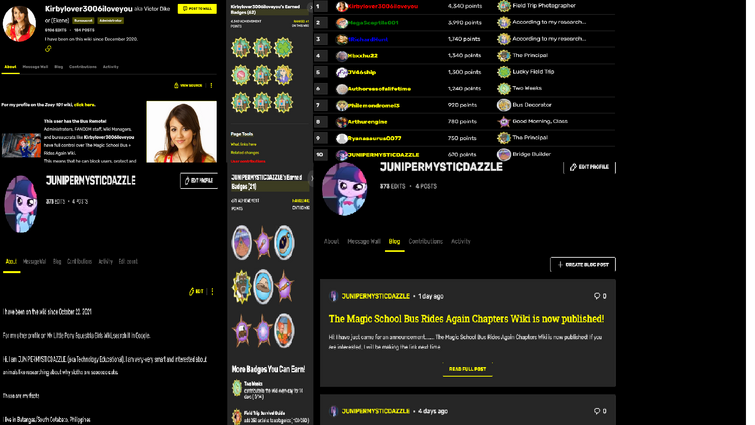 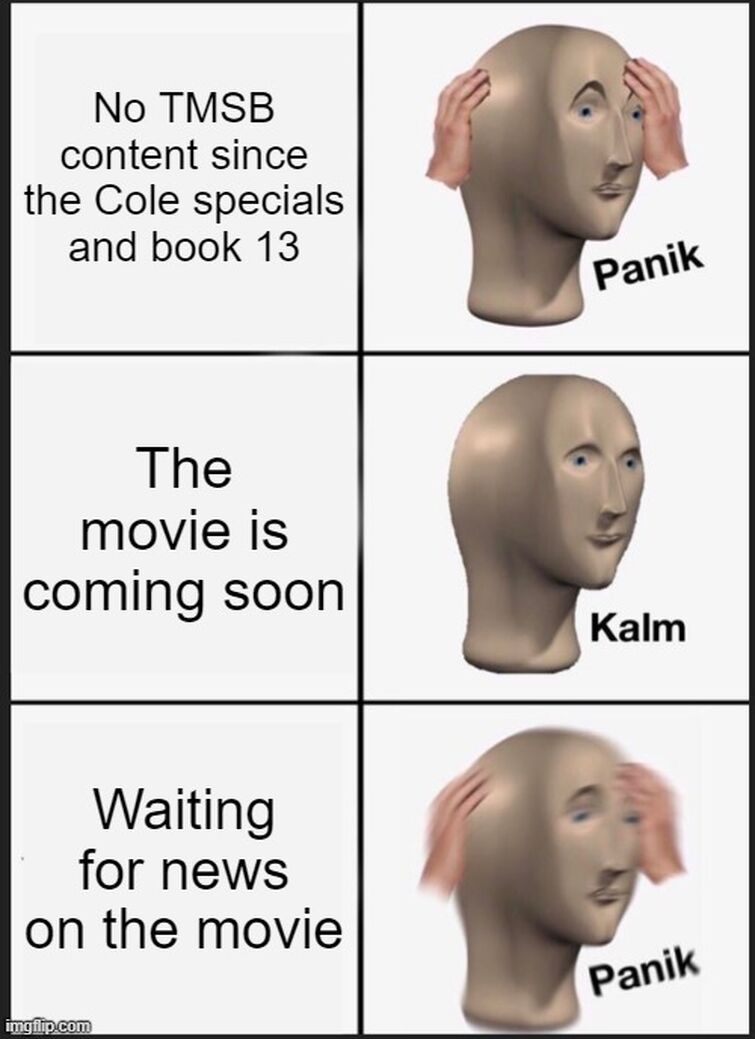 Hey, guys! A TMSB Album Songs is coming in YouTube! When I upload it, please search my channel, Johanna Gabrielle Tillano. 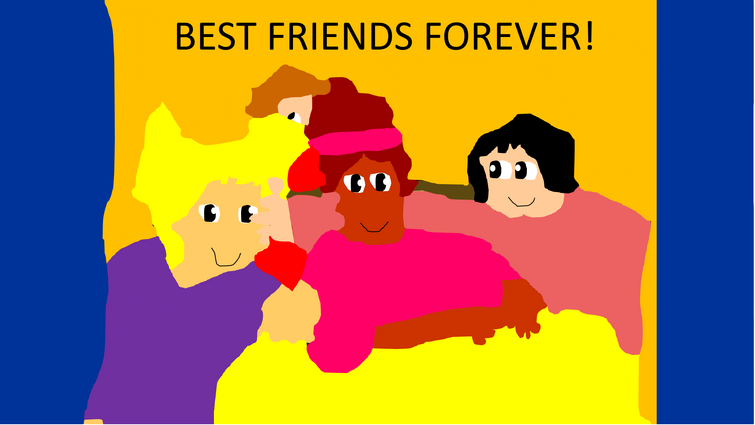 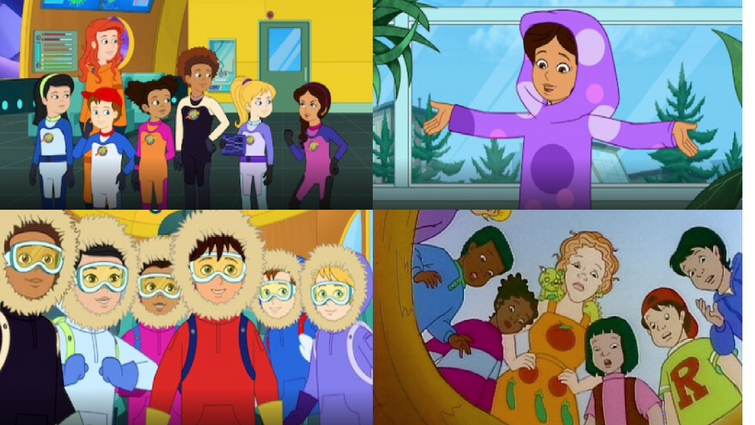 This discussion was created in a page in the main wiki namespace by the user, MARIBELTILLANO. I have moved it to Discussions: